Sirus was engaged to install energy-efficient cooling on the TCD Campus, first at the Lloyd building followed closely by the CRANN building.

Sirus installed a new 400 kW Air-cooled QUANTUM Turbocor Chiller from ENGIE Refrigeration to replace an end of life chiller which had been serving the building for the last 15+ years.

A redesign of the chilled water system allowed for the incorporation of a 90 kW Mitsubishi E Series High-efficiency Chiller, one of the first in the country. This chiller serves as a dedicated redundancy for MRI systems that are used in the building.

Sirus also carried out BMS modifications to allow for this duty standby arrangement.

The CRANN (Centre for Research on Adaptive Nanostructures and Nanodevices) is one of the largest research institutes in Trinity College Dublin and Ireland’s leading nanoscience institute.

On the roof of the CRANN building, Sirus installed one 600kW and one 400kW Engie Air-cooled QUANTUM Chiller to replace a 1.1MW twin screw chiller. Both chillers were installed to work in tandem to maintain building load.

These new chillers from ENGIE Refrigeration come with Thermosiphon Free Cooling. This means they can potentially deliver 40% of their nominal capacity without compressor operation, using the natural convection of refrigerant.

The installation of these chillers involved:

The load of the CRANN building is now being maintained by the 600kW chiller running at around 30% capacity for most of the time. The client has already noticed huge savings on energy bills and a significant improvement in the quality of the electrical supply to the building.

Some of the lab equipment on site is very sensitive to spikes and slumps in voltage. Historically, whenever the large screw compressors on the twin screw chiller started, there was a noticeable slump, which influenced on the reading generated in the labs. Since the Engie Quantum Chillers were installed, there hasn’t been a single noticeable instance of the power slumping.

Interview with Stuart McIntosh, Sirus General Manager, for ‘The Implementation of Sustainability in Facilities Management‘ webinar by Portobello Institute and Berka Solutions 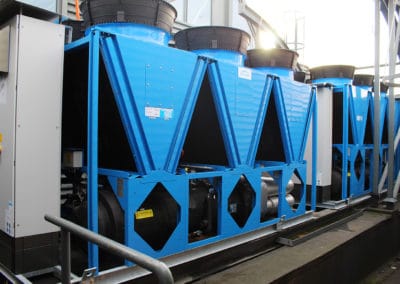 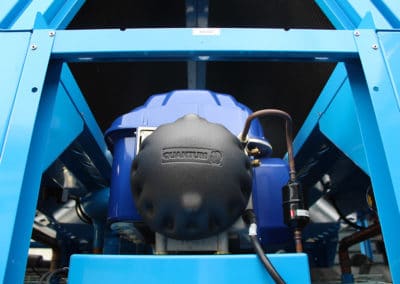 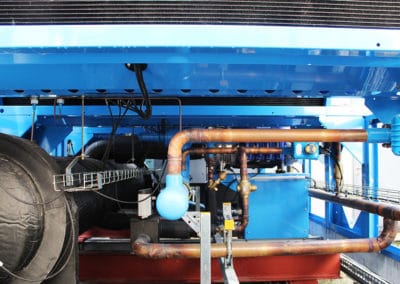 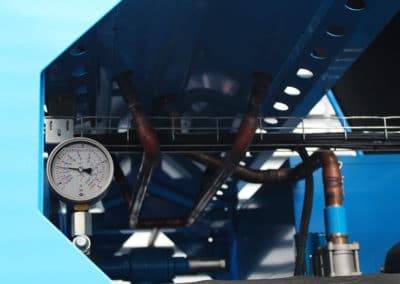 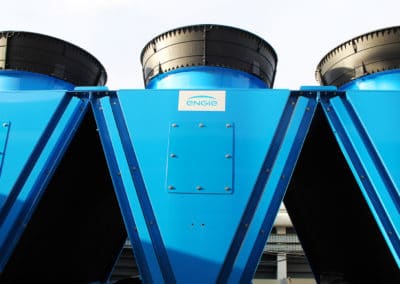 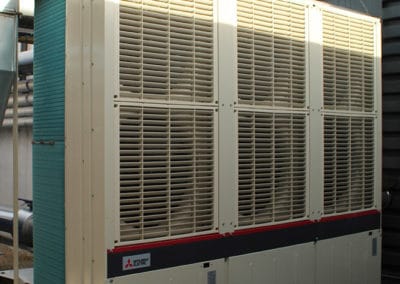